Financial Independence is Much Harder as a Couple 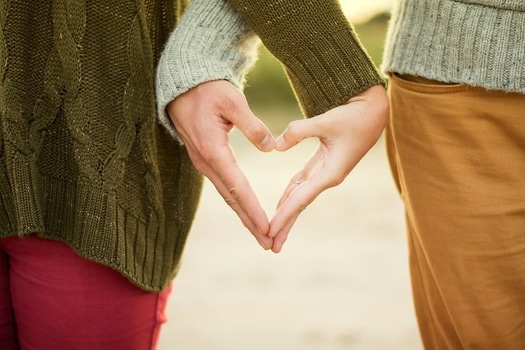 It’s true.  Math and Science don’t lie!  I will prove it in this article.

Getting to financial independence or retired early (FIRE) stage is not easy – it requires of years of persistent effort, discipline and an ability to think for yourself and often against the ‘grain’ of modern lifestyle and social norms.   Maybe one in a hundred people will have the wherewithal to reach FIRE.   So, the probability of getting to FIRE is say about 1%, whether you are a man or a woman.

This math will make sense if you think about how you – having positive habits on personal finance (otherwise, you wouldn’t be on this site!) – will react when you are paired with a person with a very different attitude about money. Even rational-thinking individuals can get drowned in debt or get sucked into poor lifestyle habits after they take on a partner who believes in living large or who doesn’t share the core values.  To understand this better, we must invoke a scientific principle.

See, even NASA agrees with this article 🙂

There is a concept in physical science called Entropy, and one of its rules says quite simply that order declines into chaos.  It is a scientific way to measure disorder at the molecular level. This is a useful concept to bring to personal finance.   If the FIRE mindset represents order, then the debt-fueled high spending modern lifestyle represents chaos.

If you have order, you are among the 1% with the FIRE mindset but chances are high your partner is among the large majority of 99%, which will have people with various levels of, let’s say, ‘disorder’.  Entropy moves from order to chaos and never the reverse way.  It is a scientific truth!  So, you can understand why getting to FIRE is very challenging for two people. Mathematically, it is 100 times harder.

That’s why choosing the right partner is critical.   Kids will only complicate the picture if you both don’t get on the FIRE bandwagon.  Raising a kid can be done either in a sensibly frugal way or you will be part of the USDA statistic, spending $250,000+ on “average” to raise a child.  There are so many spending decisions that you will make that this can drive you (or your partner) crazy. Each child-related decision straddles a wide cost spectrum. Take one of the first purchases for your child, a crib, for example.  With wide-ranging options from free (from your friendly neighbor whose child has outgrown it) to cheap (buying used via Craigslist) to moderate ($99 new at a discount store) to somewhat expensive (like this) to certifiably nuts (if you want a $2500 fairy tale sleep for your baby), you both will decide on a lot of things for your child.  This is just one item for your child where you can spend anywhere from $0 to $2500 or more!  Imagine a similarly wide range of options for every child-relating spending decision.

Guess what causes a child to be expensive to raise even if one partner is thrifty?  Two partners who cannot agree on what’s appropriate to spend on the child.  In such cases, the higher spending partner often wins – that’s entropy in action. 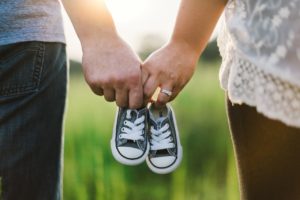 Both shoes must fit together.

You may consider a library visit on a bike with your 8-year old with a quick ice cream after as a perfectly good way to spend a Saturday but your partner may feel differently.  What if the right way to enjoy the day for your significant other is to dress up like landed gentry attending the high-priced equestrian show to, you know, encourage your child to ride a pony.  And this is, of course, followed by a fine meal at an expensive restaurant to round out the experience.

You may be OK with buying used stuff off Craigslist, but your partner might want everything new for the child, because you know, no ‘hand-me-downs’ for the little prince.  Even simple decisions can get complex with different spending choices, all folded under the garb of ‘love’ for the child.

If one of you is not among the rarefied breed of FIRE-seekers, then just like entropy, the higher spending partner often wins because of emotional reasons.  The reasons are often along the lines of…the frugal partner doesn’t want to feel cheap, the spendy partner equates the spending on a kid to a ‘must win’ emotion like love and the inevitable excuse… you can’t put a price on your child’s happiness or future.  This is especially true in many one-child households. Nothing but the best for the little prince or princess, right? After all, what are you earning for?

This can lead to a downward spiral where the partners try to one-up each other in splurging on the child to show who loves more.  Meanwhile, the kid is having a great time in that household but this sets him up for a disappointing adulthood as the child develops a strong entitlement mindset.  When the child later struggles as an adult and still cleverly plays one parent against the other (a skill learned and perfected since childhood), the sparring partners continue to blame each other so the money fight, which by now becomes blame for the grownup’s problems, continues well into their 50’s and 60’s.  The parents drag their sorry butts into miserable jobs just to make ends meet and at times, to cover for the adult child who is a financial mess.

The table below mentions the incremental costs of increasing family size for generally cost-conscious households. The square-root (SQRT) math moderates cost increases with increasing family size – so, economies of scale kicks in to your benefit, but with one important caveat.  This square-root (SQRT) math works only if both you and your partner have similar attributes about money, spending and lifestyle.   If your money attitudes are vastly different, then this math goes out the window.  And often, so does the relationship.  Few things ‘douse’ your FIRE dream faster than divorce, as The Vigilante explains.

Did I mention the importance of choosing the right partner?  But remember entropy and the odds – they are stacked against you if you are already a FIRE-worthy adult.  If you are a FIREd couple, thank your partner (and the oddsmakers) for having similar views about money and lifestyle as you do – else, this would not have been possible. And hold on to him or her like super glue.  You both could have fared far worse!

12 comments on “Financial Independence is Much Harder as a Couple”