When Benjamin Davis reached out to me requesting a guest post on his website, I happily obliged.  Not because he is a fellow Ph.D. holder, but because he, in many ways, represents the complement of the approach I have taken for my own journey.

He is European, and a believer in real estate investing as his ticket to the FIRE kingdom. He arbitrages between Germany (where he works) and Portugal (where he plans to retire with his growing real estate portfolio there).  We’ve covered international relocation from work and adjustment perspectives earlier but in Benjamin’s case, the adjustment isn’t much given his background.  Besides, the differences between Germany and Portugal aren’t as stark as say, between America and Malaysia. 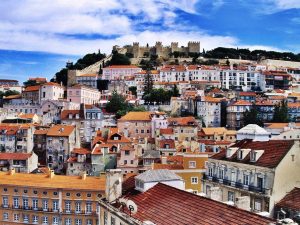 Lisbon.  Hope to meet Ben there some day.

I also find international real estate profitable, if done the right way with right ground support but that’s not a driver for my FIRE.  Besides, being small land parcels, it’s not income generating and only serves the purpose of future inflation hedge if we choose to retire in the tropics.

As a smart diversification beyond real estate, Benjamin also dabbles in dividend stocks.

Above all, he is a great guy focused on reaching FIRE despite his physical ailment, which you can read about on his blog at fromcentstoretirement.com.

At his request, I have written a summary post on the eternal debate between Index investing and Dividend investing, giving you all another framework to review my Investing series.