Right Way To Think About Risk

This is not a topic you hear about much in mainstream finance.   Even if you understood the efficient frontier and also that risk and reward are probability-based, there is a fundamental difference in our approach to risk that mainstream financial planners don’t bother to even ask.   This is about risk tolerance vs. risk affordability.

Mainstream assumes that both are the same, or should be.   They are wrong.

We are all diverse individuals with our tolerance for risk formed as early as in our pre-teen years, as Ralph Wanger notes in his book A Zebra in Lion Country.  Family and early childhood experiences play a major role in our perception of risks, in both life and in finance.  With our attitude for money shaped so early in life by formative experiences, is it any wonder that we carry these attitudes well into adulthood?  As we progress through our school, job, career and relationships, our risk tolerance may not change as much while our risk affordability continues to change. 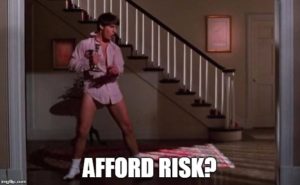 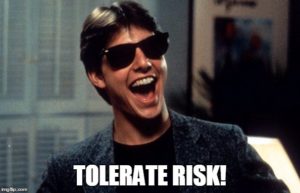 Let me illustrate with an example.

A little ditty about Peter and Mary

Two American kids in the heartland. Take two twins, Peter and Mary, who grew up in identical circumstances in the same family with similar parental lessons on money and risks.   Since their parents were extremely risk averse, both Peter and Mary inherited the same lessons and grew up thinking they should trust no one, not a bank, leave alone Wall Street.  U.S. Treasuries are the only financial instrument they trust, which is, after all, backed by the full faith and sovereignty of United States.   You can’t get any more ‘risk-free’ than that.

While taking them to the county fair, Peter’s and Mary’s dad often berated all financial service providers.  He would call them crooks, much like the ones who run the game shows at the county fair, known to rig the odds of winning the $1 games.  Some of you may relate to this learning from your own childhood.  If you consistently hear how you can’t trust a bank or any financial product, other than an official paper with the bald eagle or statue of liberty printed on it, it’s not surprising you grow up totally risk-averse.

The story doesn’t end here.  Both Peter and Mary study in the same school, but develop a different work ethic and professional interests.  By the time they finish high school, it’s clear to many who’s going to succeed in life.

Peter partied with friends, tried every drink and narcotic under the sun, and after months of therapy and barely graduating high school, his counselor set him up with a low wage warehouse job on the rusty side of town.   At $10 an hour and some overtime pay, Peter was entering the workforce earning little more than about $2000 a month in income.  He continued to earn his meager wages but roomed up with his work buddies and manages to save at least $200 a month (not bad for a kid who was drifting).  The $200 promptly went into buying U.S. treasury bond as his dad advised (thankfully, some advice sticks).

Mary, on the other hand, was school valedictorian, gets a full ride scholarship at the state university and excels there as well.   She gets a job across the country in a big city, earning a professional income.   Through frugal living, she saves 40% of her $60,000 starting salary, which is, $2000 a month.  She was saving a monthly amount equal to the entire income earned by Peter!   Like her brother, she also was putting away these savings into U.S. treasury bonds.

Being a relatively high earner, the interest income earned by the bonds was fully taxable for Mary.  For Peter, since his earnings were low, the bond income is essentially not taxed as he was well under the taxable income threshold.

Other than the obligatory Thanksgiving dinners, the siblings rarely kept in touch with each other.  Still, both have retained identical risk tolerance from childhood, so both continued to sock away their savings in U.S. treasuries.

Fast forward in time.  Both are 28 now.  Mary owns her home free and clear in a nice suburb and has savings of over $50,000, all in T-bonds.  Peter, had he continued his $200 monthly savings, should have had at least $25,000 after 10 years, but unfortunately, fell into wrong company and resumed his expensive drinking habit.  His savings had dwindled to under $5000.  It was at this time their dad passed away and left them $200,000 (in T-bonds) to be split equally between Peter and Mary.

The question is, how should each one invest their $100,000? Though both siblings have identical risk tolerance, they have vastly different risk affordability.

Peter, who is on the edge here, has far lower risk affordability than Mary.  Both are the same age, yet the advice should be very different.  The standard age-based financial advice falls apart in this example.   You cannot advise someone who has fragile finances to put most of their inherited money into the stock market, just because they are only 28 years old.   Similarly, another 28 year old having $50,000 in treasury bonds and a fully paid-off house, should not be told to build a classic 60/40 allocation with her inheritance.  Yet, this is the advice many get.

Good advice for Peter and Mary would be along these lines: 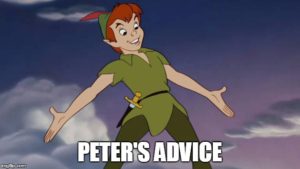 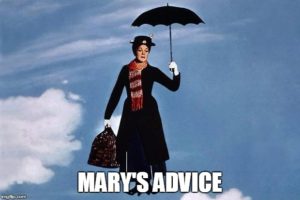 Financial advisers should understand the difference here and tailor their suggestions to clients accordingly. In my experience, I have rarely seen this happen. Most apply the age=bonds formula, and say that 100-28, that is, 72% of the money should be in stocks. This advice serves neither Peter nor Mary. In so doing, they ignore the widely different risk affordability of individuals.