Added 7/12/2018: Nominations for the 2018 Plutus Awards are now open.  If you like what you read here, please consider nominating tenfactorialrocks.com in all the relevant categories!  Please submit your nominations here! Only one submission per IP address, please! Thanks a lot for your support!

The concept of stealth wealth is not new in the personal finance community.  If you are unfamiliar with the concept, one of the best articles about this subject is from Financial Samurai.  Go ahead, read that article first…I will wait!

While that article was written from a general perspective and gives sound advice, this concept takes on a different level of meaning if you are living outside your home country.  I have already written that no garden path awaits for those retiring abroad.  You have to be prepared to make compromises. 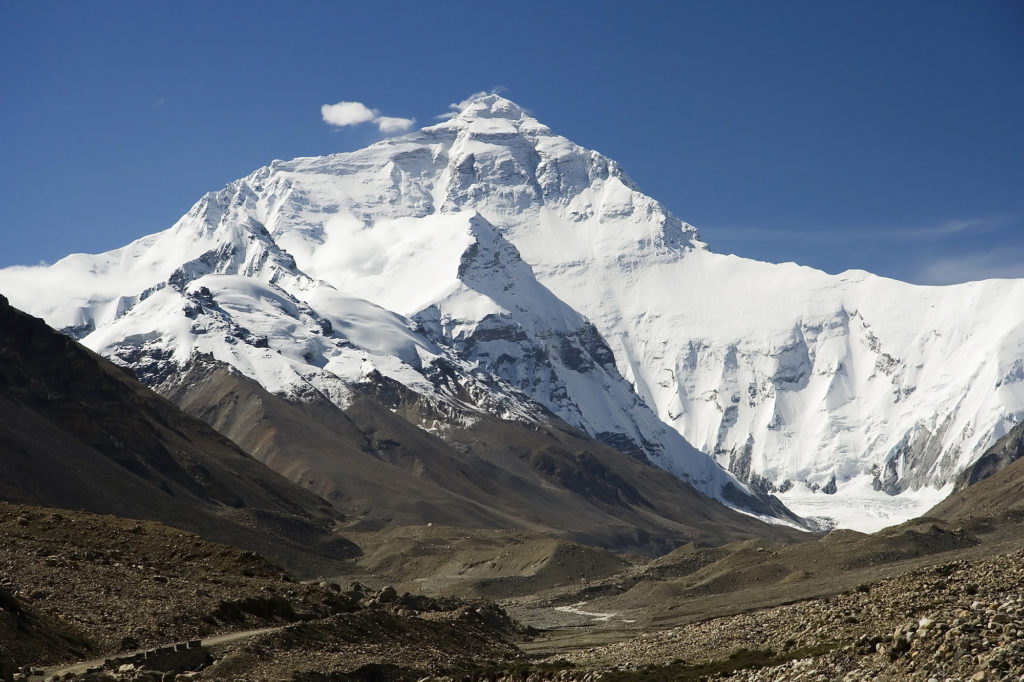 Treat living in a new country as hiking a new mountain.  Be prepared to navigate around surprises.

Most early retirees from North America or Western Europe wanting to live a gilded life in Latin America or parts of Asia will have to consider additional dimensions to the concept of stealth wealth.  First, you have to remember it is much harder to live a ‘stealthy’ life of frugality if you are living outside your home country and still want to have an enjoyable standard of living.   By design, you may end up choosing a life that will put you in the top 1% of your retirement location.  Also by design, you moved to a lower cost retirement ‘haven’ not to be constrained by money and to put your relatively prosperous financial position into good use – that is, by having a satisfying lifestyle.

Take India for instance, it takes an income of only $800 a month to put you in the top 1%.   Even if you ignore the vast population of India in smaller towns and rural country, and look at only the top 5 cities and metros, a spendable income of $2000 a month would put you in the top 2%.  Similar numbers would apply to countries like Ecuador, Nicaragua, Mexico, Thailand, Cambodia and Vietnam – all locations popular among American and European expat retirees.

Not to forget, you will most likely look like a foreigner in these countries, unless you are a hyphenated-American sharing the same ethnicity of the country you are retiring in.  In the latter case, you have a big advantage as you will not look  different from the people of the country, so the 90%+ of casual encounters in your daily life will not go past your physical appearance in their judgments about you.  Another, say 9%, who you have casual conversations with will not go past your assumed local ethnicity if you can communicate (even if not fluently) in the local language.

Using the India example, an Indian-American can live a ‘99%’ stealthy life in India if they can speak a local language of the state they are living in.  The same applies for Spanish-speaking Americans if their facial complexion falls somewhere within the spectrum of a Latin American country’s population.

This is a huge advantage for stealth wealth that cannot be over-stated. 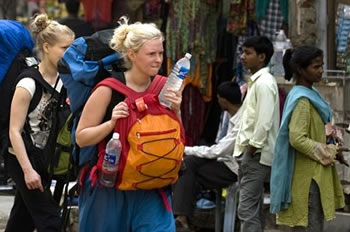 How others see you is just as important!

Ethnic connections help, but this has its limitations as you spend more time in the country.   After all, the main reason you moved to that low cost retirement destination is to live a ‘king-size’ life or at least a ‘good life’ with all the comforts, which may be luxurious by the definitions of local standards.   A $150,000 beachfront condo or a $100,000 premier condominium in a scenic town may be ‘cheap’ for you, but even a lifetime’s worth of savings for an average Nicaraguan or an average Indian will fall short to own the same property.

How do you practice stealth wealth if you are living a lifestyle of a rich foreigner?  It ain’t easy but if you want to live a good life that stretches your retirement nest egg, this is one of the necessary compromises you must be prepared to make.

What happens if you don’t?

Well, to put it simply, you will stick out like a sore thumb in those countries.  The consequences of living an overtly luxurious life in a country whose average income is below the poverty level in your home country can be many.

First, there is security risk.   You become the easy target of criminal elements who see you as a walking ATM.   Even if a country is relatively safe and mostly gun-free (almost every country outside of U.S. qualifies!), there are thousands of petty crimes like stealing valuables and money that happen every day in almost every country.   While I have written about counter-intuitive results from a study that questions the correlation between economic prosperity and monetary crime, the fact is, most places of the world have a mix of people of all kinds.  As a foreigner, you must admit to yourself that you are a relatively easy target for crime.  Remain vigilant if your physical appearance or accent is a clear giveaway.

Second, there is foreigner tax.   Even local merchants in most developing countries are smart enough to compel a different rate for foreigners that the locals would scoff at paying.  Your ability to bargain for a $15 purse is greatly diminished if you wear expensive perfume, look different and argue in a different language.  So is your ability to get the best deal for an automobile if you walk into a dealer showroom while wearing a luxury watch or latest iPhone.

Interestingly, the same latest model iPhone if carried by a rich local wouldn’t have the same negative impact as a foreigner carrying one.  Why?  Because a rich local is seen as home-grown with possibly many powerful connections, who they don’t want to mess with.  Even if the local is a successful professional earning upper-middle class income and has no connections to power, the mere ability of the local looking and speaking in the same way as the salesperson confers an automatic advantage over you when it comes to bargaining.

So, what do you do if you don’t have these advantages?  Co-opt a local friend to bargain on your behalf.   Take him/her along for important, high-value purchase decisions.  Your friend will also feel good, and you can probably make that a good social outing with a nice lunch or dinner to toast your deal!

Third, there is a new American price to pay.  Let’s face it, recent developments in U.S. haven’t exactly endeared Americans to the world.  If you are an American living in a developing country, best to keep your American identity hidden for as long and with as many people as possible.  Try to get a local ID for your daily transactions and use that to the maximum.   Your passport is only required for international travel or while opening a bank account (choose a globally well-known brand for banking whose policies about client confidentiality are reasonably strong).  Or better yet, don’t open a local bank account at all, and use your home country’s bank and credit card networks for all your expenses (Visa, MasterCard and even Discover/AmEx are nearly everywhere you want to be!).

I wrote in my recent article about my expense budget in India, and a new car I purchased for $23,000.  The rationale I mentioned is here:

Here, I went a completely different route than how I’ve lived in the past.  In my sensibly frugal article, I compared the benefits of a used car purchase versus a daily Latte.  I’ve always bought used cars but out here in India, people I respect warned me it’s a bad idea due to risks of mechanical breakdown and unreliable service quality.

I was advised to get a new car with high ground clearance due to number of potholes on roads.  After some deliberation and considering our interest to explore the country, we bought a premium model of Toyota Innova at a price of INR 1.8 million (about $23,000), and comes with 3-year full service warranty.  This comfortably seats 7 people with modest baggage (or) say, 4 people with the entire back row available for our excess baggage and camping gear that routinely show us as the Americans that we are!

What I didn’t mention is that I chose that car also because it represents a model that, despite being relatively expensive by Indian standards, is probably as common as one among every 5-6 cars that you see on urban roads in India.   The Indian market offers new cars that sell for as low as $3000 to as high as $150,000, with vast majority of numbers sold below $15,000. 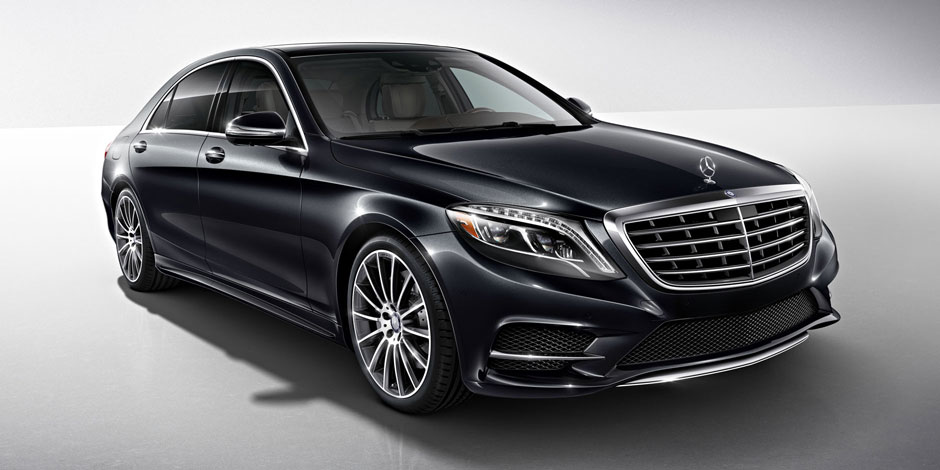 Not exactly the car to buy for your retirement abroad (even if you can afford it).

Having taken several road trips here, I know my car doesn’t stand out as an eye-catcher among the vast variety of cars in India….and I am happy about that! 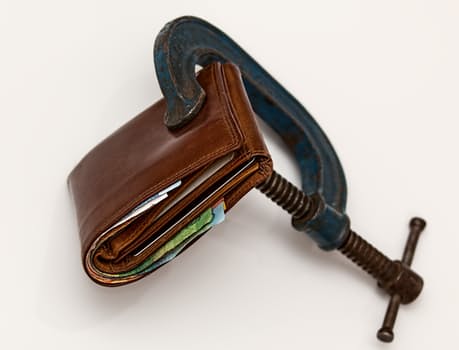 Follow the advice in this article for a happy and money-saving retirement abroad!

This small example about cars is just to give you a flavor of the second-order thinking that you must apply if you are considering living in a lower cost destination.  This also helps in your mission to shrink your budget, which is probably why you chose to retire in a low cost location anyway, right?

Retiring abroad can be a great and fulfilling adventure, provided you stack the odds in your favor.