Home/Life • Money /What can investors learn from …

What can investors learn from Donald vs. Hillary? 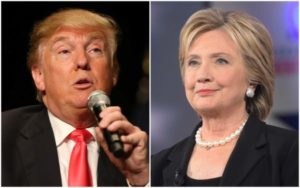 Elections are an exciting time in a democracy – campaign rallies, conventions, debates, allegations,  mud-slinging and fund-raising.  The end objective is to earn the investment (vote) of as many citizens as possible.   Amidst all the hoopla, one only hopes that truth and fair process get a chance to influence voters on the best candidate to lead the country.  This Presidential election season in U.S. has moved up the excitement scale, mainly due to the polar opposite candidates fielded by both major parties.

This is not a post about political analysis or a fact-check review of who is right or wrong on what issues.  Besides, I am generally apolitical in my views.  Rather, this post is about the markedly different approach that both candidates seem to have adopted and the lessons that we, as investors, can learn from it.  If the candidates’ approach in communicating with the voting electorate can be summarized in one word each, Donald Trump can perhaps be called Mr. Emotion and Hillary Clinton as Ms. Measured.  A measured approach to communication relies more on facts and presenting both sides of an argument, attempting to win over the minds of the voters.  A measured approach can occasionally take an emotional angle but even here, the emotion is measured to the extent the facts and circumstances warrant.  On the other hand, a largely emotional approach to communication relies on connecting with the audience anecdotally, through stories and catechism as well as through sheer power of an emotionally laid out argument, all aimed at winning the hearts of the voters.

One of the oddities of life I have observed is that emotional people are sometimes perceived as more passionate, more authentic and more trustworthy than people who speak with an even tone using logical analysis as their foundation.   Why this is so has deep roots in psychology and some say, hardwired the way the human brain works.   We perceive all inputs first emotionally (through the limbic system of the brain, called amygdala) before they are processed analytically (through the cerebrum and frontal lobes).   Nature has made us all this way so we can quickly assess the situation from a threat perspective (‘fight or flight’ reaction).  The problem is that clever people know this and attempt to manipulate us with emotional hooks that keep us riveted on the messenger than on the message.   That’s probably why Mr. Trump has come this far defying all odds about his candidacy.  This is also why he has a fighting chance to win the Presidency because factual inconsistencies fall by the wayside when a strong emotional connection is made.  Mrs. Clinton’s methodical and measured approach, while making her appear more knowledgeable and consistent in her delivery, is unfortunately also making her as calculating and distant, who is emotionally less connected with average Americans.  It’s a strange situation she finds herself in.  Despite being the more experienced and informed candidate, she has been unable to make a deep emotional connection that Mr. Trump has apparently made with his supporters.  Maybe that will change now as the race enters the home stretch.  We don’t know whether voters in this election will listen to their heart more than their mind, but if history is any guide, whichever candidate evokes better emotional connection about what they stand for has a good chance of winning.

What does this mean for investors?

The admittedly simplistic characterization of the candidates as Mr. Emotion and Ms. Measured nevertheless should remind us investors that this is not just limited to the political world.  There are many examples in the business world as well.   As investors and employees, we encounter charismatic CEOs who use emotional hooks in their speeches and shareholder letters.  Warren Buffett stands out as an exception.  He has set a benchmark on shareholder transparency by way of corporate disclosures in Berkshire Hathaway’s investor communication.   The emotions evident in his letters are often of the self-deprecating kind, which further adds to the transparency of his message.  Very few corporate CEOs measure up to this level.

Emotionally-savvy CEOs will speak about their transformative vision or strategy and less about the shaky facts underlying that strategy or their own past failures.  They want us to focus confidently on the timeliness and certainty of their transformative vision, aimed at calming the inherent insecurity and uncertainty of all shareholders, because we are generally not privy to the company’s full scope of operations and its deeply buried issues.    As investors, we often mistakenly ascribe the emotional conviction of the CEO to the correctness of the organizational direction and strong leadership.    There is nothing wrong in presenting an emotionally strong image, but it becomes misleading if material facts are suppressed or downplayed to keep the emotionally-driven big picture looking pretty. 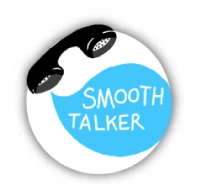 I always prefer to read a balance sheet and P&L for the last 3 years (10-K filings), and look for sudden jumps in ratios or absolute values or any new footnotes.   Only when I have allowed myself to form an opinion about the changes independently do I even read the ‘Management’s Analysis’ or the CEO’s letter or press release.   The idea is not to get influenced by the words of the CEO but by the underlying figures first.  Being a measured and factual communicator may not win the hearts of the public because such letters and speeches generally lack the charisma of an emotionally engaging ‘wholistic’ vision outlined by a CEO whose job is, among other things, to be seen as a visionary.   The CEOs know this, remember they are paid to be smooth talkers.  So, their letters, quotes and press releases are not much to hang your investment hat on.

There is nothing wrong with having and showing passion (or emotion) about the job, but when senior management of a company uses it as a psychologically effective selling tool to mask the hard financials and market realities they are facing, then watch out!   I try to match a CEO’s well-chosen words in an earnings call or a press release to the number and type of balance sheet notes and adjustments disclosed in their SEC filings.   I generally don’t like to see too many adjustments and qualifications to the financials; they often are a sign of management wanting to look good than to do good.   Those are companies you should stay clear of, both as an investor and as an employee.

2 comments on “What can investors learn from Donald vs. Hillary?”