Home/Investing • Life • Money • Work /When To Quit Your Job

When To Quit Your Job 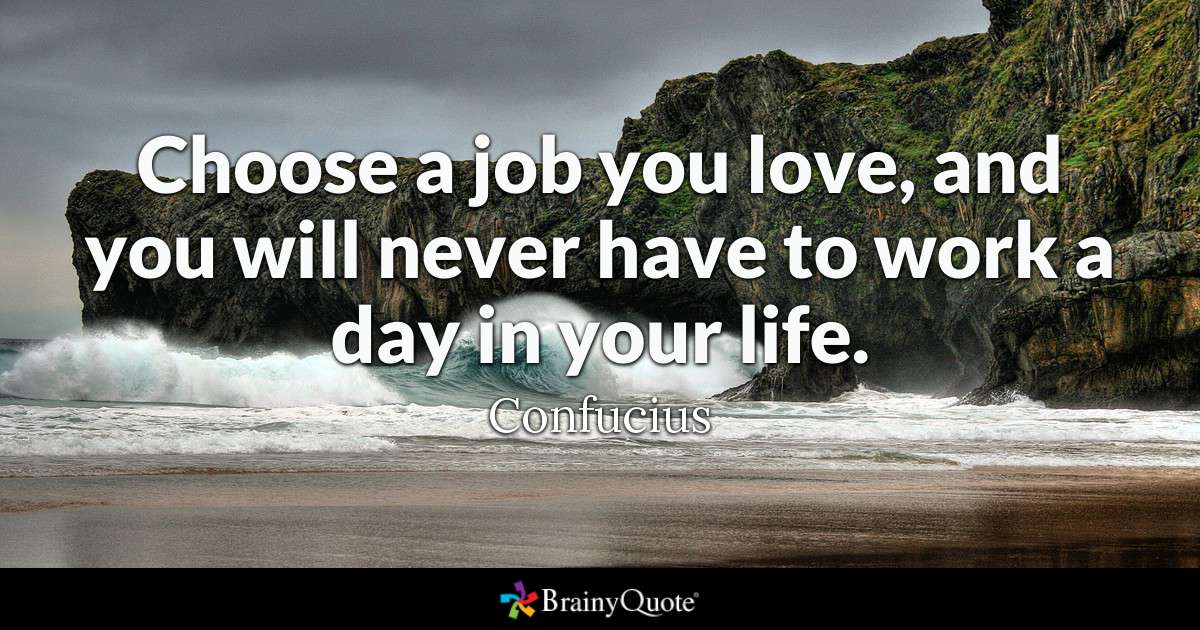 Easy for you to say, Mr. Confucius.

Few of us are so lucky as Mr. Confucius advised.  For vast majority of wage earners in the world, our job is not only a means to use our skills but increasingly the main source of income to support our life and family and to provide for our retirement (for those who have pensions or deferred savings plans). For many workers, there is no safety net beyond their job.

This fact isn’t lost on our employers.  They know how important the job is to you.  So, they continually pile on the work to keep you chained at your desk for 50, 70 or even more hours a week! There was a time in early 90’s I recall when someone wanted a task done within 3 days, it was considered a ‘rush job’.  Today, we are expected to revert within an hour of receiving a mail or even within a few minutes in some cases – all considered as ‘normal’ demands of a job.

On the positive side, higher income afforded by the increasing productivity of professional labor serves as the ticket to reach financial independence sooner.

If you truly love your job – all aspects of it – then even the idea of early retirement doesn’t apply to you.  You are indeed one of the rare lucky ones that Confucius talked about.  The rest have a different story.  Even if you have some concerns – these could be apprehensions, disappointments, disagreements –  then this post is for you.

These downsides can come from structural changes, organizational changes, shift in strategic priorities, managerial changes, project realignments, team changes etc.  You don’t have to hate your job.  You may even enjoy parts of your job but if these unsatisfactory moments show up even a couple of times in a month, then the thought of quitting is bound to come.

But you are special! You read this blog and are inspired to do more!  You may be working actively to reach financial independence.  That still doesn’t win you any ‘brownie points’ with your boss.  So you are as likely to face the above concerns regardless of your FIRE preparedness.

There are quite a few in the personal finance blogging world who remain employed despite reaching financial independence (for the purpose of this article, we will say those who have sufficient assets to easily cover their annual expenses for 30 years – for a conservative analysis of SWR, see here). These people suffer from what’s called One More Year (OMY) syndrome.

There are yet others who quit on a whim or leave after one angry episode and then, struggle to find equivalent employment or similar income for the rest of their lives.  These people aren’t financially ready to retire and fall victim to the age-discrimination and other biased policies – that appear ever so subtly but decidedly – in all professional and managerial jobs.

So, when is the right time to quit your job?

I want to present a simple financial ratio that’s not talked about much in the financial planning community but can be a good yardstick for you.  This ratio is especially meant for high savers, especially on the fast track to financial independence.  So, here we go:

Net Worth to After-Tax Income (NW/ATI).  If this ratio is over 15, then you can quit your job!

To understand this better, read on…

NW/ATI ratio sounds too geeky, right?  I didn’t like it either!  So, I am calling it the Worthy Income Ratio (WIR).   If you have a better name, please suggest below!

You may be wondering, isn’t the 15 criterion for this WIR ratio a lot less than the famous 25 criterion (4% withdrawal rate ‘rule’) and my own very conservative 3.27% SWR?

This is because the traditional ratios are based on Retirement Assets to living expenses, not income. And living expenses are a small fraction of earned income for high savers!  Remember, this post about those nearly FIRE-ready people worrying about the OMY syndrome.  It is meant as a guide to make that decision.

Joe is a frugal professional in his mid-40’s earning $100K a year.   Due to maxing out on pre-tax savings and better tax planning, his effective tax rate is 15% (including income and FICA taxes), so he gets $85K per year, of which, $18K goes to his 401(k), the maximum he can elect to defer in 2017.   He and his frugal family live on just $40K, saving effectively $45K a year.  Through years of careful saving and investing, they have accumulated investment assets of $1 million. 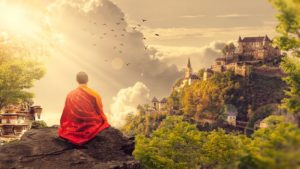 Not quite ready for this yet?!

So, Joe qualifies as a ‘prodigious accumulator of assets’ or a PAW with a ratio of 2.22.  Based on the living expenses of $40K, Joe and his family meet the threshold requirements of the ‘4% rule’ so they can retire if they wish to.  But Joe’s been enjoying his job and wants to continue for a while.   Let’s say, there’s been a bad turn of events and our Joe gets a new boss who is more of a ‘task master’ that Joe needs to adjust to compared to his earlier ‘softer’ boss.    Within weeks, Joe is contemplating whether he should quit his job.

If Joe applies the WIR, he will find that his ratio is at 11.8 ($1 million/85,000), significantly below the 15 WIR threshold.  What this means is that though Joe is ready to retire early as per the 4% ‘rule’, he may find it worthwhile to hang on to the job for a little while longer, unless the job becomes totally miserable.   The time period between a) when you reach the financially independent (FI) status as per the ‘4% rule’ and b) the WIR crossing 15 is the ‘interval’ between FI and RE, that not many talk about.   This is actually the right time frame to have the “one more year” (OMY) syndrome!

The above example shows that being FI doesn’t necessarily mean you pass the WIR test!

When Joe’s net worth rises to $1.275 million (which can happen within 3 years based on his savings rate and asset growth), then he is totally ready to quit his job as his ratio would cross 15 as per the WIR formula (1.275 million/85,000).  At that time, his withdrawal of $40K would be bumped up to $43,700 to account for 3% inflation rise each year.   At this withdrawal, his expense withdrawal rate works to only 3.43% of his asset base, which is very conservative. 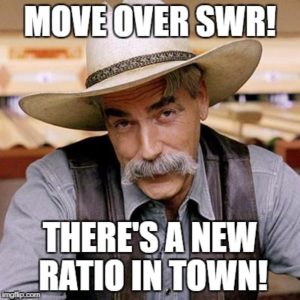 Do you see how this WIR rule is harder for a FIRE-ready family like Joe’s to achieve than a simple expense-based withdrawal rule? 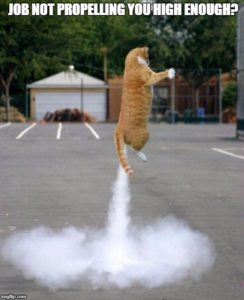 I would recommend this method for all those ‘fence-sitters’ who have accumulated enough assets to retire from an expense standpoint but are undecided about leaving their job.

Crossing the WIR of 15 doesn’t obviously mean you should leave your job, but it means that your job is no longer giving you the same monetary ‘propulsion’ to your net worth as your asset growth does.   So, you have one less reason to put up with a job that doesn’t give you satisfaction in other areas.  Of course, a job that you enjoy is a happy situation where you don’t need to do this analysis at all.   But few are so lucky.

Just like SWR, there will differing opinions on the ‘right’ number for WIR as well.  Some may be happy with 10, and some may want as high as 25 or more – but the whole idea of WIR is to determine when you can afford to quit your job, and not pad up to an inflated cushion, which in this case has even less meaning than an ultra-conservative SWR.  Considering all the factors, I came up with 15 as the appropriate WIR figure for money-savvy ‘fence-sitters’ to overcome the OMY syndrome.

So, what do you think of this methodology?  Does this give you more confidence to take the plunge, and avoid getting stuck in OMY syndrome?  Do you think the WIR should become a part of your financial planning?

9 comments on “When To Quit Your Job”